Your shopping cart is empty.

Your shopping cart is empty.

Blog > The Secret of the Cruse? One Word. Lighting.

The Secret of the Cruse? One Word. Lighting.

There’s one simple reason why the Cruse Scanner is better than anything else.  It’s the lighting.

If you have some experience with copy and repro photography, some of this may be old hat, but bear with me.  I guarantee a “Eureka!” moment.  If this is new, then hopefully it’s helpful in understanding some of the basic principles of reproducing flat art. 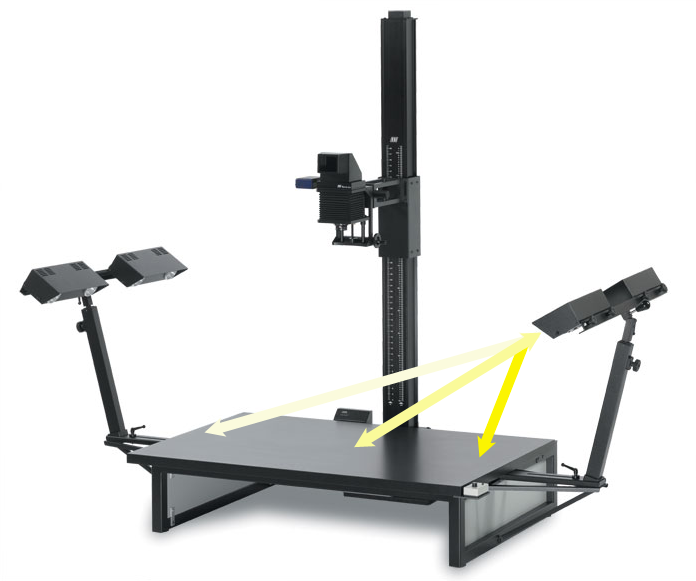 Simply put, the Inverse Square Law is a basic law of Physics, and without all the math it means that your light falls off really fast as you move further away from it.  It’s drops faster than just the distance. Moving something twice as far away cuts the light not by half, but by four times…  that is, the light at twice the distance is 1/4 the intensity.  Note the arrows, and the distance of the table from each light.  See the problem? Even from this rough diagram, the distance from one light to the far side is more than twice the distance to the near side of the table. There’s a ton of difference in the resulting luminance.

Here’s a basic diagram of a traditional copy setup, from the camera’s eye. 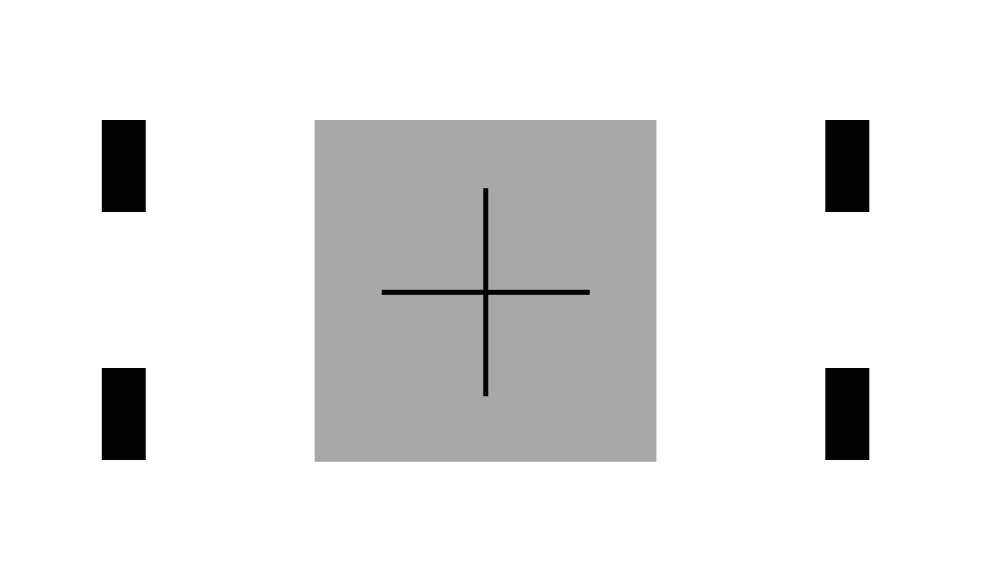 That’s the table where the art is going to sit, and those four blocks are the lights.  Now.  Because of the Laws of Physics, here’s what the lighting pattern is going to look like…  exaggerated for the sake of clarity, but nonetheless, this is what we’re fighting. 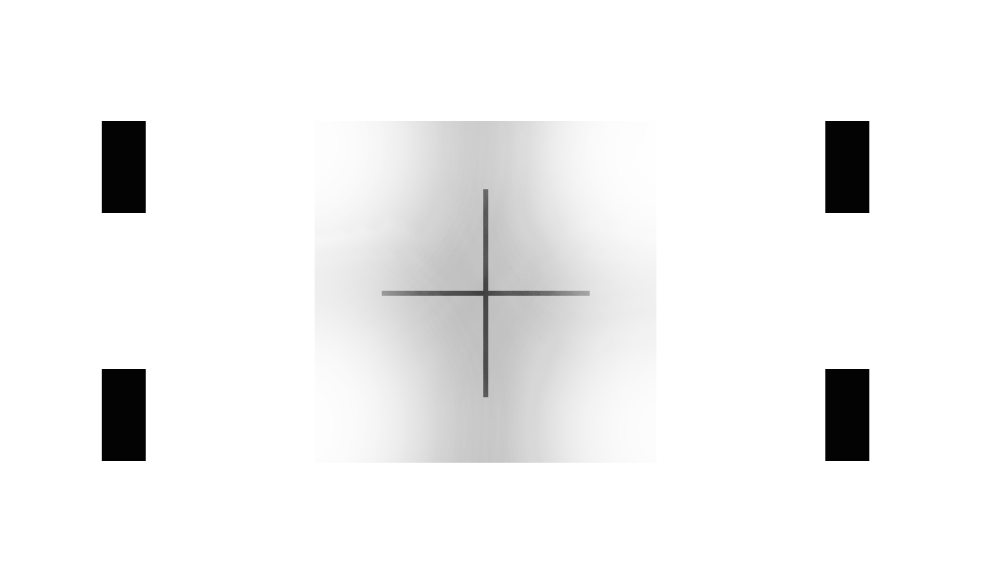 It really doesn’t matter what you do, at some level you’re going to be dealing with the basic Laws of Physics.  I know.  I don’t like Physics either.

Let’s take a look at the Cruse system and see how it’s different.

Here’s the lighting array, with the two strip lights centered on the sample area- literally only inches wide. 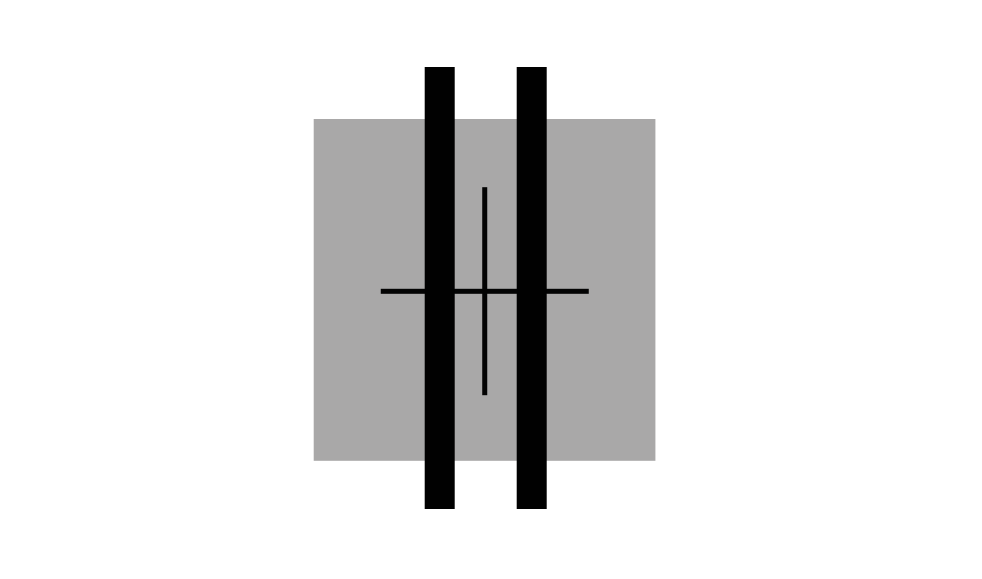 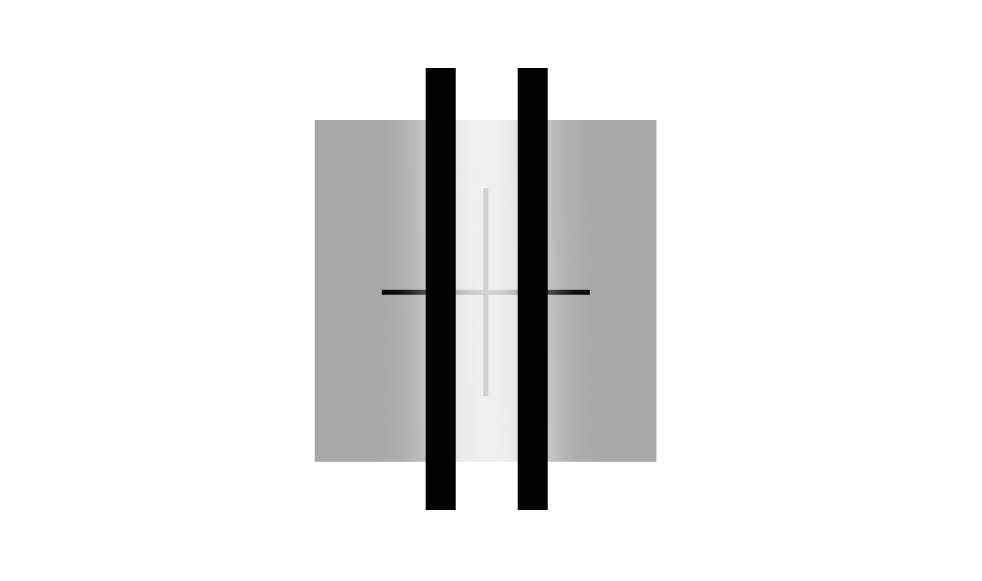 …getting the idea here?  You have a completely even lighting pattern from one side of the piece to the other, but, more importantly, because the lights are so close and the sample area is so narrow, the intensity of the light is perfectly even.  The issue of the distance of the light from the subject no longer matters, since it’s virtually the same from one side of the sample area to the other.  This is called using Math for Good…  not for Evil.

Here are three shots simulating the Cruse making a scan. 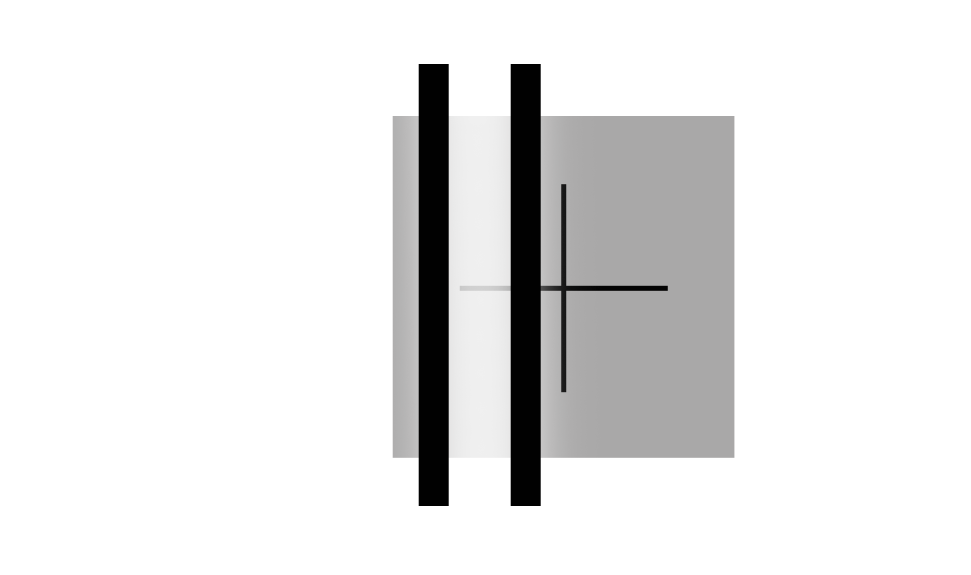 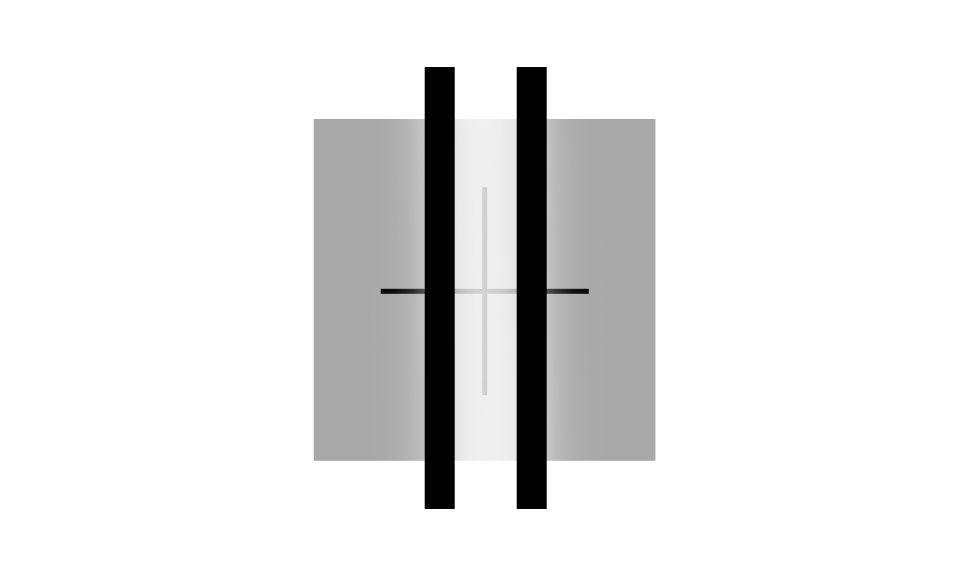 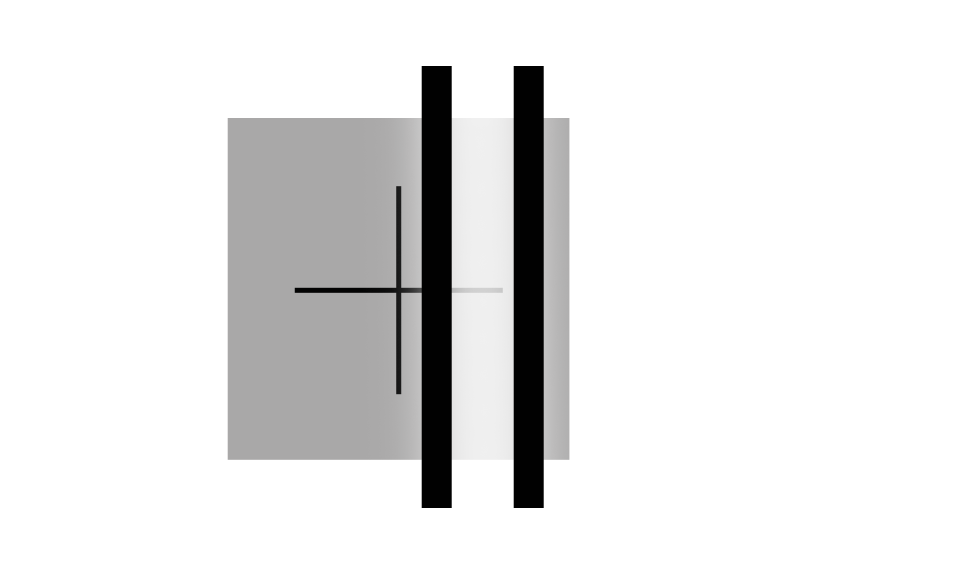 And…  the final scan simulating the lighting:

See what we’re talking about?  Dead-even light from side to side, from top to bottom, without any sort of tricks, plugins or workarounds.

Here’s the cool part.  This demonstrates how the Cruse system works when you’re trying to light something as “Left-Right Even” lighting.  Now, suppose that you want to have a little side-shadow to show the depth of a piece, say…  a painting with a brush stroke?  With a conventional copy stand, that means you kill one side of your lighting, and your even-lighting problems just went ballistic.  Even if you use some very advanced lighting workarounds or software to even the field of the capture, your shadow quality is going to be different from one side of the piece to the other.  Where you’re closer to the light, the shadow will be softer.  Where you’re further away, the shadow will be sharper.  There is simply no way to achieve a true, even sidelight with conventional copy/repro lighting.  There’s no bending of theLaws of Physics.

Here’s what the pattern is going to look like with one bank turned off: 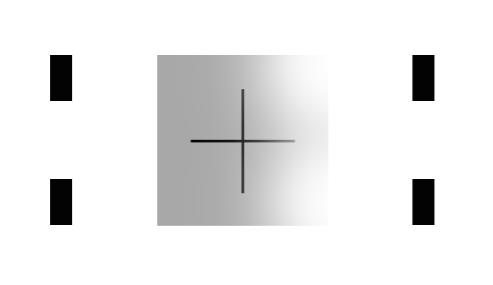 Here’s what the Cruse pattern looks like with “Left Textured” lighting, that is, with the right bank turned off: 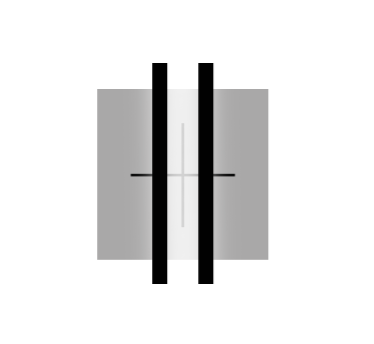 On the Cruse, once again, the effects of distance from the light source are virtually non-existent.  You want side-lighting?  You got it, from a simple side-light to up to 10cm off-axis, and perfectly even intensity from one side to the other.  You’re not fighting the light, or Physics.  You’re working with the light.

Here’s what that looks like.  This is a top-lit painting, sampled from the very bottom: 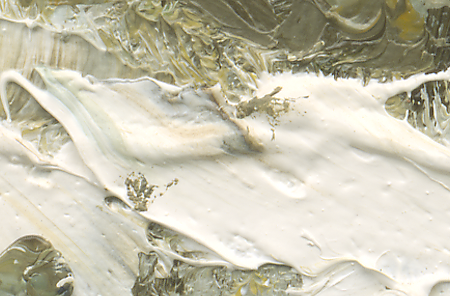 Here’s the same scan, sampled from the very top: 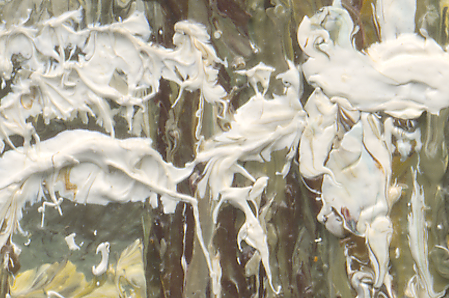 With conventional lighting, the top sample would be getting about 200% more light intensity…  here you can see the two areas are being lit precisely the same.  Not only that, the shadow quality, that is, the softness and feel of the shadows are identical.  Game over.

There are very few digital systems out there that anyone can claim are clearly unique…  but the Cruse Scanner is one of them.  Next time someone tells you they have the best quality digital reproduction setup, just ask one question.  “Is it a Cruse?”

The presence of this badge signifies that this business has officially registered with the Art Storefronts Organization and has an established track record of selling art.

It also means that buyers can trust that they are buying from a legitimate business. Art sellers that conduct fraudulent activity or that receive numerous complaints from buyers will have this badge revoked. If you would like to file a complaint about this seller, please do so here.

This website provides a secure checkout with SSL encryption.

The Art Storefronts Organization has verified that this Art Seller has published information about the archival materials used to create their products in an effort to provide transparency to buyers.

Our fine art printing process uses pigment based inks. Pigment printing processes have been utilized since the middle of the 19th century. The image stability of pigment printing is superior to that of any other method of printing. Pigment inks excel in permanence. A dye is molecularly soluble in its vehicle, but pigment is not. Pigment particles tend to be large enough to embed into the receiving substrate making them water-resistant. The particle nature of pigment inks ensures their archival superiority. A particle of pigment is less susceptible to destructive environmental elements than a dye molecule.

Your cart is currently empty.

This is only visible to you because you are logged in and are authorized to manage this website. This message is not visible to other website visitors.

Below, select which favorite lists you would like to save this product into.